Due to the measures taken for Covid-19, the advancement award exhibition FANTASTIC FUTURES - Films on Care and Collectivity at M.1 could not open as planned on May 2. In order to provide access to art even in times of "social distancing", the trailers of the 2019/20 Arthur Boskamp Foundation's 2019/20 awardees, Malu Blume and Maternal Fantasies, will be shown daily from 9 a.m. to 7 p.m. in the storefronts of M.1.

Visions of the future enable us to mentally escape from an everyday life that constricts us, in which we feel misunderstood -- and at the same time, these visions offer a platform to our urge for change. In the exhibition, Fantastic Futures at M.1, the awardees Malu Blume and Maternal Fantasies use an array of artistic methods in order to challenge a rigid reality in which traditional gender roles and limited ideas of community and care seem to be enshrined. The awardees combine film, installation and performative elements around the thematic focus of the call, which was set on Care.

In her video work Hildesheim-born performance and video artist Malu Blume takes the viewer back to the future: The Book of S of I. Chapter One: Three Visions appears like a feverish dream of an artistic concept, like a spontaneous vision of what we could have become. Told as a queer-feminist fairy tale, The Book of S of I celebrates the utopian power of self-love on the social fringes, belonging and friendship as a survival strategy and care as a radical means of anti-capitalist resistance and life.

The interdisciplinary collective of artists Maternal Fantasies deals with the intersection of art, children and motherhood, which receives little attention both in society and art discourse. Family stories, memories, desires, but also horror scenarios about being a mother can be found in the work of Maternal Fantasies. Through performances, video works and installations, they challenge rigid images of mothers, and develop a unique aesthetic that sketches possible future visions of motherhood. Their film Suspended Time, on Caring, developed in the context of the award, invites viewers to question their own role models.

The two central video works by the recipients of the Advancement Awards 2019/20 of the Arthur Boskamp-Stfitung were specifically developed for Fantastic Futures and were filmed in Hohenlockstedt and the surrounding area. In a sense, the region between the North Sea and the Baltic Sea becomes a kind of stage on which fantastic visions of the future take place. This allows the fields of tension to unfold between care, gender and community, oscillating between euphoria and delusion . As fragile as these concepts may seem, maybe they are the ones that can let a different future become reality.

The exhibition is part of „Caring Infrastructures", a cooperation with the Haus der Kulturen der Welt and Soft Agency. The event is supported by the Förderstiftung Kreis Steinburg and the Cultural Foundation of the State of Schleswig-Holstein.

Maternal Fantasies is an interdisciplinary group of international artists and cultural producers based in Berlin. They shape the discourse on motherhood through collective artistic processes while enhancing the visibility of contemporary feminist positions addressing motherhood(s) in the arts. From writing autobiographical responses to classic feminist texts to devising performances using children’s games, their art practice favors inclusive community-oriented experiments as alternatives to traditional structures of art production. Bridging theory and practice, their strategy transforms research on motherhood(s), care work and representation in the arts into frameworks for immersive modes of critique. They are the recipient of the Artist Advancement Award 2019/20 of the Arthur Boskamp-Stiftung. Current members of Maternal Fantasies are Aino El Solh, Hanne Klaas, Isabell Spengler, Lena Chen, Magdalena Kallenberger, Maicyra Leao, Mikala Hyldig Dal, Olga Sonja Thorarensen, Sandra Moskova.
To the website of the artist collective

Malu Blume lives and works between Vienna and Berlin. Their practice crosses the fields of art, performance, education and activism. They graduated in 2016 with a Master in Critical Studies, an artistic-scientific study program at the Academy of Fine Arts Vienna, and before that with a Bachelor in Art Education and Pedagogy at the University of Osnabrück. Blume works mostly in collectives (ff. Feministisches Fundbüro 2015, Heulsuse 2017, Feige – Verein für queer-feministische Bildung und Bildproduktion 2018), which they founded with friends to advance their projects on queer feminism, archive politics, friendship, collective knowledge production and care. Blume is the recipient of the Artist Advancement Award 2019/20 of the Arthur Boskamp-Stiftung.
To the website of the artist

Past Events from this series 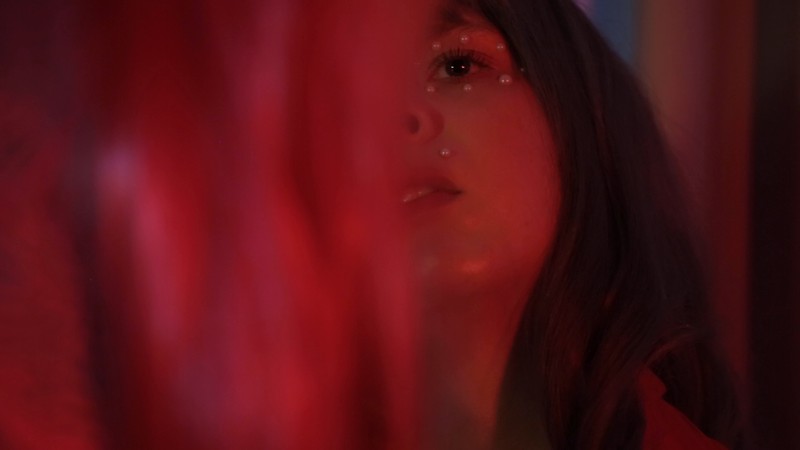 Exhibition on Care & Collectivity in the window front of M.1

with Malu Blume and Maternal Fantasies